Be still heart
You have loved much
Still you want more

The International Day of Peace was established in 1981 by resolution
36/67 of the United Nations General Assembly to coincide with its
opening session, which was held annually on the third Tuesday of
September. The first Peace Day was observed in September 1982. In 2001,
the General Assembly by unanimous vote adopted resolution 55/282, which
established 21 September as an annual day of non-violence and
cease-fire. The UN invites all nations and people to honour a… Continue

Today we are very happy to feature:

This wonderful News Clip from ESPN Sports Center (in 2002) about the Seeds of Peace project which continues to empower young leaders from regions of conflict to work towards peace through coexistence and conflict resolution.…

Kahlil And The Sunset

Yesterday I went to New York to hang out with a friend of mine, but as soon as I got into town, I received a text saying she had to work overtime and would not be able to make it. So I did something I often do. I went to a bookstore. I left the bookstore with a massive book filled with the works of Kahlil Gibran. I walked across Lower Manhattan then over the Brooklyn Bridge with the book in my hand. When I got to the Brooklyn end of the bridge, I thought I should go to my favorite restaurant… 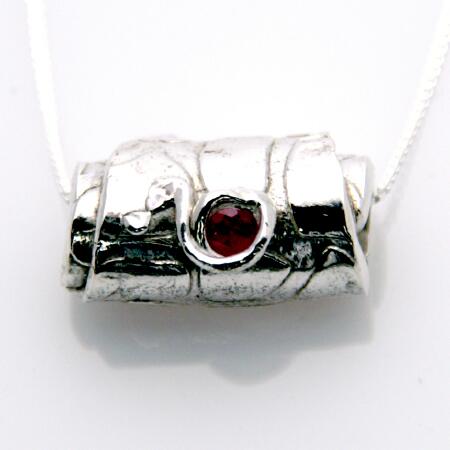 Located at the base of the spine, the Muladhara, also known as the root or base chakra, helps us relate to life force energy and helps to ground us. “Muladhara” actually means “foundation,” which really tells a lot about this…

All you need is Love

Today we are very pleased to feature:

A fantastic acoustic guitar version of "All you need is Love" by the young and talented Sungha Jung.

and an encouraging News story about peace and unity between people of different faiths (Thanks to Mira for posting this!).

The Homeless Man Who Changed The World

There is a tiny park in Lower Manhattan, on Mulberry Street, in Chinatown, where a small sign hangs on a fence dedicated to the memory of a man named Jacob Riis. Who was Jacob Riis? For a time in the late 1800's, he was a homeless man who lived in New York, who had been chased away, by the cops, out of every place he could find to sleep, accept a certain grave in a forgotten corner of a local cemetery. And his only friend was a stray dog who used to sleep on the same grave at night. His only…

An Appeal to a Muslim Ummah

I want to share something to Muslim Ummah through your channel.

Here is a link below. Plz look into this matter and expose the
conspiracy against the Muslim Ummah. Please spread this news all over
the world, so that Muslim Ummah can face the challenges of the
Christianity and jews all over the world. Please, Please , please do
it..... being a Muslim and a responsible Public Channel....

Hope .. You will do your moral duty...… Continue

The Day I Found Hope in a Bird's Eyes.

A couple years ago, I ran into a terrible time in my life. I had been out of work for a while. My entire savings had run out. I had recently sold what little I had left of value at the pawn shop to buy food. My girlfriend had just broken up with me a few days before. And I had no idea where I was going to get my next rent payment. On the news I had seen that a hurricane had struck the Southeast, and was coming up the coast and was about to hit my part of the world. Well it turns out that by the… Continue

In Buddhism, meditation is often enhanced by meditation or singing bowls. As the name suggests, these instruments are bowls that produce a clear vibrant tone when played. The soft, continuous singing sound is produced by rubbing a mallet around the rim, much the same way a crystal goblet can be made to ring by rubbing a finger around its…

Today we are happy to feature:

"We're All in this Together", a moving video of people uniting to share inspiration and celebrate human potential.

Rhyme scheme game, where we can co-write poetry :)

We ARE All One!

The Hindus bathe in the Ganges. The Jews go to the mikveh. The Catholics dip their hand in holy water and make the sign of the cross. The Christians, both Protestant and Catholic baptise. The Native Americans go to the sweat lodge. The Turks go to the hamam. The Russians go to their bath house. We all understand, on some level, the sacred power of water. We all find some connection to the devine in it. Even the surfer paddling out to the waves can understand. It is in all of us.

Meditation has other benefits. It is almost impossible to fully focus on two things at once and a mind that is completely absorbed in the feeling of each breathe, or in the vibrations of a chant cannot also be focused on its own troubles or unhappiness.… Two years and many more to come!

As you may know, today is the two year anniversary of MyPeace.TV :). THANK you to each of you for joining and being part of this movement to co-create a happier, healthier and more peaceful world through media. We are well over 4100 members from all over the globe, and soo many wonderful stories have been shared. Because of a recommendation from one of our members, Lynda Cole, I recently did some research about a remarkable man, John Francis (aka… Continue

As you may know, we often like to feature videos about people's conscious businesses, books or services, because we feel that those who are working to make the world a better place should be able to make a living doing it. We're now happy to announce that MyPeace.TV has formed a new affiliate partnership with… Continue

Every Moment is Just So

One of my favorite Zen stories is called “Is that so?”. It’s the tale of a Buddhist monk who lived in a hut on a hill, overlooking a small village. One of the young, unmarried women of the village became pregnant. When asked who impregnated her, she named the monk on the hill. When she gave birth, the irate grandparents took the baby boy up the hill and left him with the monk.

“This child is yours,” the grandparents told… Continue