Funny thing about the way we were indoctrinated. If you were raised in front of a TV set, as I was, as most of us were, you learned that life is about waiting to be entertained or seeing what you are going to get. Our minds move like sharks you cannot stop, with sharp teeth ready to…
Continue

Finally leaving the "fire era" of wood, coal, and oil. Backing out of the dead end "nuclear age" of uranium and radioactivity. We are now entering...
"THE FUSION ERA"

“Not so far in the distant future, the next generation… will look back at our generation..
and know that the term ‘energy shortage’ was a term for unenlightened minds”  gbgoble-2008
It's…
Continue

Veterans and the Occupy movements

Tomorrow, Friday November 11, 2011, is Veterans Day in the United States, and for many it will be a holiday. Unfortunately, as has often been true historically, veterans in America are not doing well. Post-traumatic stress disorder (PTSD) rates and suicides among veterans of the Iraq and Afghanistan Wars are skyrocketing. (See https://www.youtube.com/watch?v=ycDZFKNAHEM…

Sometimes it doesn't seem like there's much to be thankful for, but I believe it's those moments when we have to reach into who we are deep inside and understand that as long as we're alive and have the ability to think we'll have opportunity to lift ourselves out of any lousy situation we may be in.  It may be such that we can't do it alone, but just look around at how many people there are who believe as you do and what possibilities exist with all of us working together not just to… The video you are about to see is taken from an interview I did with Tea Party Congressional candidate, Geroge Erdel. In Murfreesboro, TN he has been one of the most outspoken opponents of the new Islamic Center that has been the subject of much controversy in the media - that would be the 53,000 square foot…

Occupy Together - Occupy Within

As without so within, regime change begins within. Are you more than 1 Percent your own…

Meditations on Ego and Enlightenment Over a long enough period of time, the survival rate for your body is zero.  Contained within the body is the brain and one of the functions of the brain is the ego.  The ego is the self concept of the brain-body organism and it does not like what was just said one bit.…

A Search for the Happiest Places in the World

New Song: 'With the Potential' by Yaron

With the Potential by YARON - created with producer/musician DJ HA and featuring Ray Pirre on guitar.

A Fear of Death I went skydiving for the first time in tandem and the parachute did not open properly. We jumped from over 2 miles up in the sky out of a small aircraft and at about 3,000 feet the instructor cut the chute loose.  I asked him what was going on and he didn't answer me.  I could see the ground coming at me fast.  When I jumped out of the airplane,…

Community Coat Exchange: What are YOU doing on Black Friday?

Have a coat?  Come get one.  Need a coat?  We know someone who could use one.

The linear thinkers, those who distrust their…

Paint the Window Blue to See the Sky

Allan Watts once commented that "It is not possible to see the sky just by painting your window blue". It is a quote that has stuck with me ever since I read it many years ago.…

The Future of Spiritual Media 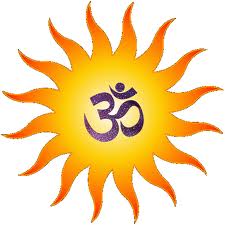 About a million people visit Global One TV every month...

Sometimes more. The common thread is inquiry - not a common belief system, not membership in a group and not to follow me or anyone…

Journey to Good is a project that I'm starting in order to help get others involved in the effort to make this world a better place.
Everyday, I'm going to post a blog about something we can all do that day to make things a little brighter.

So I'm hoping at least some of you who are reading this will join me on this Journey to Good and message me with your own stories of how you're helping to make this world a better place.

Reflections on the Age of Anxiety

We’re not one big happy family. But everyone around you is in some way your relative. We share the same DNA. We all originated from the…