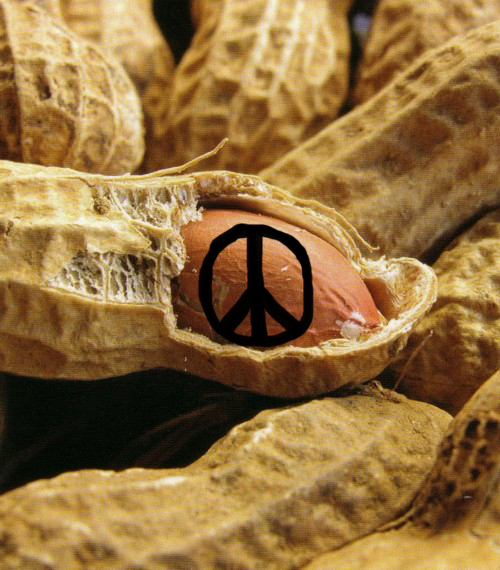 About Me/Us:
clclay is one of my best friends on this site. Her daughter made this picture for me. It is already in my comment wall, but I like it so much that I am pasting it here as well. Many thanks, Sophie! I feel honoured.

Another of my good friends here, Jimmy, made the following video. He used the postcard I made for the final shot, so I think it's only fair that he let me post the video on my profile:

Find more videos like this on MyPeace.TV
(I need to say that I didn't take the photo in that last shot: I found it on Internet. but I put the words to it...)

Television
I don't watch much these days...

jimmsfairytales0com said…
To all members of Peace For Women,
Read the message posted just under this one. Then come back to this one and read further.

After talking it over, peacenut and I have decided to found a new group, more in keeping with my original idea. You are all welcome to join Feminists For Peace!

jimmsfairytales0com said…
I don't like airing dirty laundry like this in public. But - due to the restriction of 2000 characters imposed on private messages - the following message would need to be divided into 3 portions. And - for reasons given below in the message - I have been blocked from sending it to all members of Peace For Women at once. So this would mean several hours spent sending 3 messages to each member of the group. And I feel that they have the right to know the truth. So - with peacenut's permission - I have decided to publish it here and send them each a message: "Look at peacenut's comment wall." Here goes:

Dear member of Peace For Women,
If you are observant, you may have noticed several things: that the group description has been radically reduced, that it has been changed into a group with restricted membership, and that I and peacenut are no longer members. I would like to give you my version of the reason for this.
I became friends with clclay (the group's founder) through MyPeace. I have been friends with peacenut for many years. I had the idea to create a group called “Feminists for Peace”, but felt that some women might object to the idea of such a group being started by a man. At that time, peacenut had not yet joined MyPeace, so I suggested that clclay found the group, which she did. From the very beginning of her joining MyPeace, peacenut has been VERY engaged in this group. Several of you are members because of her invitations to you on your comment walls. Such was our (peacenut and my) engagement in the group, that clclay asked us to help run it and promoted us to co-administrators. It was I who wrote most of the group description, and clclay (you may remember), in HER part of that description, thanked peacenut for pointing out to her the Helen Reddy video. My part of the description and clclay’s thanks to peacenut have now disappeared. And we will be blocked from rejoining the group and “send a message to group”. So I am sending this to each individually.
I also became friends with clclay on iPeace, and we even exchanged e-mail addresses and talked with each other via Skype.
It was during a recent Skype conversation that clclay repeated the rumour that “Islam orders all Muslims to kill infidels.” I disagreed, saying that - in my opinion - this was a misinterpretation and a tactic used by war-mongers to sow distrust among Christian countries towards all Muslims, in order to produce a popular opinion conducive to War against Islamic countries (e.g. Afghanistan, Iraq... and now possibly Iran). In the course of that conversation, clclay (along with her son and daughter who were listening in) started repeating other racially-based prejudices: “All Indians are REALLY awful!... All Scots are argumentative!...” I listened in such silence that they asked a couple of times if I was still on the line.
The next day (or the one after that), I got a message from clclay’s son (also a MyPeace and iPeace friend) asking: “Have we offended you?” As I was in a hurry to leave the house, I sent a reassuring reply, but later decided to tell the truth. I sent a second reply in which I wrote that most of my children’s stories have as their VERY core the idea of trying to understand the other’s point of view, the breaking down of prejudices, and the acceptance of the Other’s RIGHT to think differently. And that YES, it HAD offended me to hear such blanket condemnations of other cultures from people that I’d believed I knew better.
I pointed out that - as far as I knew - the Bible (OT) contains MORE exhortations to “put the unbeliever to the sword” than the Q’ran. I admit that I know VERY little about the Q’ran. But - being the son of missionaries - I know a LOT about the Bible (including its passages of hard-hearted BIGOTRY). I included quotes from Internet versions of each book to make my point.
Since then, clclay and her son have removed me (AND peacenut - who had NOTHING to do with any of this debate) from their friends lists on both sites, and not only demoted us from our position as administators in Peace For Women, but thrown us out of the group... and changed the group to “restricted membership”.
That is MY version. clclay is welcome to publish her reply here.
Yours, in Peace and Sorrow,
Jimmy

Asaf said…
Thank you for the comment with all the detailed information about the world march! Including the great suggestion for an activity :)

Asaf said…
(Better late than never:)) -
Thank you for your warm welcome comment on my page!

jimmsfairytales0com said…
Dear peacenut,
I am sending you this as an open letter on your comment wall, so that it gets a chance to be read by more people. I've already sent it to all on my friends list (including you):

This web-site, MyPeace.tv, is supposed to be about how to use the Media to further the cause of Peace.
I would like to share with you a warning about ways that the Media - and even this web-site - can be used by the unscrupulous to hinder the cause of Peace... or even to further the cause of War!
I'd like to draw your attention to my 2 latest blogs... and ask you to pass this message on to those in your friends list. (After you've read the blogs, of course, and only if you think that there's any sense in what I wrote in them.) And PLEASE add your comments to the blogs... whether you agree with me or not!

Get ready for the Blue Meanies!!! deals with - at best - a commercial company using sites like MyPeace.tv for a bit of free blanket-advertising. The fact that a hamburger giant chose a thread dedicated to vegetarian and vegan recipes shows an incredible lack of sense and sensitivity... or a cynical and very nasty wish to provoke. Which leads me at least consider the possibility that it was deliberate, and therefore sabotage. There is nothing to stop an anti-Peace fanatic from signing up to MyPeace.tv and leaving links to disturbing web-sites as a way of upsetting us. I'm not saying that this is definitely the case, only that it's a possibility, and that we have to prepare ourselves for more provocation of this sort, the more effective we get in our work for Peace.

Are we being set up for another invasion in the name of Democracy? deals with the case of Neda, the young Iranian woman allegedly killed while on a pro-Democracy demonstration in Teheran. Now, I am NOT saying that the whole thing is a fabrication: the Media might be presenting us with the facts as truthfully and honestly as possible. But there ARE several disturbing factors to be considered, and I strongly advise you, as my friends and as open-minded people who honestly care about Peace, to read that blog, and the web-site that it is linked to (within the text). This may be just collective paranoia-conspiracy-theory-madness... or it could be yet another case of the WarMongers preparing public opinion for yet another of their filthy, unjustifiable invasions "in the name of Democracy and Decency". Some of us have been fooled by tactics like this in the past. Let's not be fooled again!

Ross Adam said…
Thanks for the birthday message.

Kelly Jo Singleton said…
Thank you for the warm welcome!