Every June I volunteer as a counselor at a youth leadership camp to help support emerging adults navigate the crucial time in their lives when they will soon be gaining their own sense of independence. As part of the curriculum, students are organized into groups of cities and towns, set up mock governments, run elections and campaigns, and so forth. In between the political activities participants are also given the opportunity to take part in elective mini-courses facilitated by the program’s diverse staff.

“We hold these truths to be self-evident, that all men are created equal, that they are endowed by their Creator with certain unalienable Rights, that among these are Life, Liberty and the pursuit of Happiness."

Presuming that this statement is true—that we do have inherent rights that form the very constitution of our unchangeable essential character—then this becomes a call to action. Further reading of the preamble of the Declaration supports this call to action when it states that people should form a government that “shall seem most likely to effect their Safety and Happiness.” This call to action, then, is one that promotes safety and happiness, which in this understanding is equal to “well-being.”

Making Happiness A Priority
There are a number of nations that take this right to pursue happiness seriously by making happiness a priority. These governments create policies and budgets that factor not just capital gain, but well-being as well. Here’s a brief outline of what some of these countries are doing:

The United Arab Emirates
The United Arab Emirates instituted a position called the Minister of State for Happiness, which is dedicated to creating government policies that prioritize well-being through initiatives that support social good and satisfaction. One of these initiatives is what’s called a “happiness patrol,” where police officers reward citizens for good behavior rather than simply doling out punishments for infractions.

Bolivia & Ecuador
Bolivia and Ecuador both have written into their constitution similar policies called “Vivir Bien” and “Buen Vivir,” which roughly translates as “living well.” As a guiding principle, this utopian concept emphasizes both diversity and unity, as well as harmony with nature, reciprocity, social responsibility, community harmony, and consensus, and supports social equality, solidarity, justice, and peace. The author Pablo Solón suggests that the goal of this policy is “the pursuit of equilibrium among the various elements that make up the whole—a harmony not only between human beings but also between humans and nature, between the material and the spiritual, between knowledge and wisdom, between diverse cultures and between different identities and realities.”

Venezuela
Venezuela created a position called the Ministry of Supreme Social Happiness and is dedicated to fostering well-being for citizens by serving the disabled, homeless, elderly, and children. This work is an extension of the anti-poverty programs initiated by the late president Hugo Chavez, and is perhaps needed now more than ever, in a time when the country is experiencing devastating inflation and extreme shortages of basic food needs and commodities.

New Zealand
New Zealand just recently created a “well-being budget” that emphasizes citizen happiness rather than capitalist gain. According to Prime Minister Jacinda Ardern, “the purpose of government spending is to ensure citizens’ health and life satisfaction, and that—not wealth or economic growth—is the metric by which a country’s progress should be measured.” To measure this new initiative New Zealand uses 61 indicators that track factors from loneliness to trust in the government, right along with more traditional issues such as water quality. With these measures the government will formulate their national budget to prioritize well-being with a focus on battling poverty, refining mental health programs, addressing the needs of indigenous peoples, and creating a low-emission energy grid.

Bhutan
In the 1970s the king of Bhutan coined the term “Gross National Happiness” (GNH) believing it to be more important than Gross Domestic Product (GDP). Today the government holds the happiness of its citizens as its most precious commodity and goes to great efforts to measure their happiness. Every five years the Centre for Bhutan Studies and GNH Research surveys 8,000 randomly selected households with roughly 300 questions. This survey includes questions about their spirituality, about how much time and money they donate to their community, how much sleep they get, how many hours they work, how often they quarrel with their family, how much time they spend away from their family, whether they trust their neighbors, and so forth.

“The necessity of pursuing happiness [is] the foundation of liberty. As therefore the highest perfection of intellectual nature lies in a careful and constant pursuit of true and solid happiness; so the care of ourselves, that we mistake not imaginary for real happiness, is the necessary foundation of our liberty. The stronger ties we have to an unalterable pursuit of happiness in general, which is our greatest good, and which, as such, our desires always follow, the more are we free from any necessary determination of our will to any particular action."

What’s more, notice that Locke suggests that the foundation of our liberty is being free to pursue this real and lasting happiness, but he doesn’t suggest that we should be free to choose anything less. Some may argue that this is a slippery slope to banning the production and sale of commodities like alcohol, which is exactly what the US government did in 1920 with the Volstead Act and the Eighteenth Amendment. Many citizens, though, saw this as a prohibition of their liberty, leading to the repeal of the amendment in 1933. 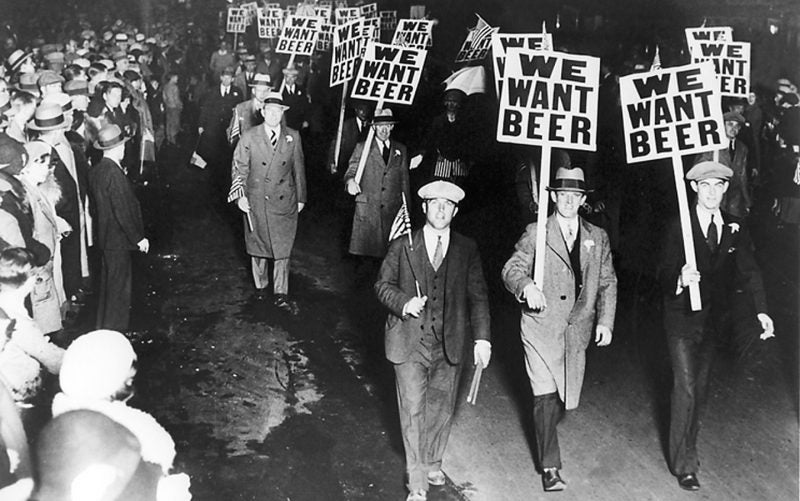 ​How we interpret what it means to pursue happiness has repercussions not just for our own actions, but for how our government creates policies to address it, and for many of the citizens in the countries outlined here, they’re not all that convinced that their governments really has their best interests in mind. Some believe these policies overlook major human rights issues, acting as a smokescreen masking some very real problems.

​Some critics even believe that these policies will set their countries back financially, and argue that it’s a government’s responsibility to look out for overall public economic success rather than the private happiness of individuals. Still, others suspect these moves are purely political, viewed as efforts merely to gain support while in practice actually doing nothing at all to support the well-being of its citizens.

Whether these policies are criticized for being at best “airy-fairy marketing spin” or at worst fiscally irresponsible, there are still many supporters who argue that the bottom line isn’t the only thing that matters. Though intangible, sound mental health and a sense of community are equally important forms of capital. The economist Carol Graham suggests: “After a certain point, more money won't make you smile more in a day.”

The Unalienable Right
Regardless of what our government does or does not do, it is our everyday choices that make or break our happiness. But notice the emphasis is on pursuit. Given experience, time, and thoughtful reflection, we discover that choosing some actions—often the impulsive ones—will lead not to happiness but rather to unhappiness. And as we continue to move forward, while recalling our past experiences, we learn to delay certain immediate gratifications in the interest of real and solid long-term happiness.

Understood in this way, we find that this continual process of choosing, learning, and growing is all part of what it means to be human; that is, a part of our “unchangeable nature.” This pursuit of happiness, then, is “unalienable” to our nature, and is therefore a fundamental right. With this understanding, what moral government would interfere with private choices in the pursuit of happiness so long as they don’t infringe on the public happiness of others?

Ohood bint Khalfan Roumi, the minister of state for Happiness for the United Arab Emirates, seems to agree with this sentiment, suggesting that happiness is a serious matter for government:

“What is the purpose of government if it does not work toward the happiness of the people? It’s the duty and role of the government to create the right conditions for people to choose to be happy.”

Reflection
Final Thoughts
The subject of happiness is clearly a matter of public importance ready for healthy discussion. For more information on global happiness, check out the well-being report by the Organisation for Economic Co-operation and Development at oecdbetterlifeindex.org, and the annual world happiness report by the United Nations at worldhappiness.report