Is Social Comparison Holding You Back?

Have you ever smiled so much that your face hurt? Or laughed so hard that your stomach was in pain? I had never before experienced such elation until the night I went to a magic show in New York City about fifteen years ago.

I was in my early twenties attending a performance of Monday Night Magic, a weekly magic show in Greenwich Village. The headliner was a magician named Levent, and he was the most skilled performer I had ever seen. He had the entire audience engaged in the experience with flawless sleight of hand, radiant stage presence, and hilarious comedy. By the time his act was over my gut was in pain from laughing so hard and my face hurt from smiling the whole time. Literally the whole time!

One of my friends with me that night, seeing how much I enjoyed the show, offered this advice: “Don’t let the great be the enemy of the good.” The implication being that it could perhaps be discouraging to see a big fish excelling in a big pond like New York—while little ol’ me is just barely flourishing in a puddle back home.

This was sound advice, because it’s been said that perhaps the greatest obstacle to happiness is comparison, because whatever measure we use someone else will always be better. Whether the grass really is greener on the other side, this so-called social comparison theory was first formalized in 1954 by the psychologist Leon Festinger, suggesting that humans make comparisons as a way of self-evaluation, an instinct engrained in us to provide protection from potential threats.

I took my friend’s advice, deciding that—regardless of my status as a good performer rather than a great performer—my goal would be to make my audience’s faces hurt as well, just like Levent. It was a stretch goal for me, providing just enough motivation to improve my act little by little. Sure, I wasn’t looking to bring down the house in New York, but if I could make a few faces hurt in my hometown I’d see that as win to gain valuable positive reinforcement to keep going.

Excellence’s Nemesis
Comparison truly is a fickle beast, though. For some it is enough to be a big fish in a little pond and never dare risk becoming a little fish in a big wide ocean. The clinical psychologist Nando Pelusi points out that we “often avoid taking risks because of the shame associated with losing social status.” But can playing life small out of fear of failure really be considered an excellent life? Does the apathy of being in the game to not lose really have the same fragrance as being in the game to win?

After spending years invested in my friend’s advice—and having hurt several faces back home with my own interactive comedy magic show—I took a step back one day and realized that I had taken the idea too far. I realized that I had become so content with being “good enough” that I was never interested in even trying to be great out of fear of being found out to be fraud or inferior compared to the other major players in my field. From the get-go I was never really in the game to win—I just didn’t want to lose. But can that really be considered an excellent life?

3 Key Excellence Practices
Comparison is such a fundamental human instinct that it’s futile to try turning it off completely, but in the pursuit of excellence what we can diminish the negative effects while amplifying the positive, by mindfully choosing the criteria that we hold ourselves up to. Here are three practices for doing just that: 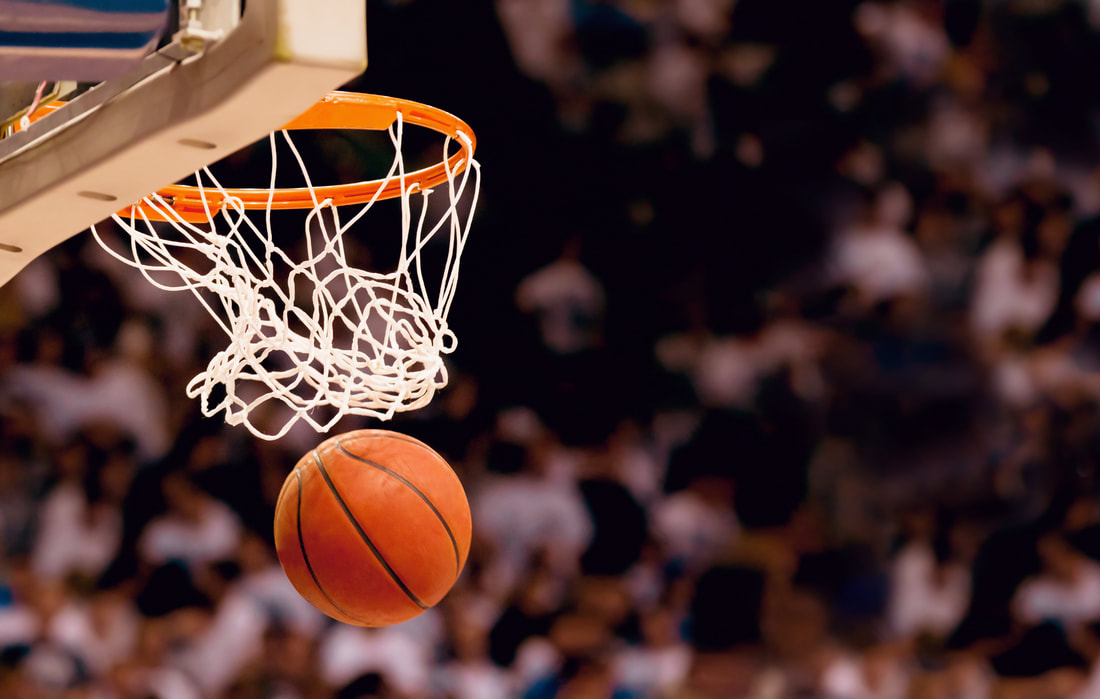 Excellence requires passion. Simply put, we will never achieve excellence in anything that doesn’t inspire a burning passion within us. But how do we find passion? According to Scott Galloway, professor at NYU’s Stern School of Business, to find passion we mustn’t look for it; instead, we should look to what we do well. In his book The Algebra of Happiness he writes:

By starting with the foundation of our natural talents in an area that we’re interested in, and investing sincere effort and time dedicated to practicing and honing our craft, we’re afforded the opportunity to discover a passion worth fighting for. From this foundation we can then add additional skills, knowledge, and practices into the mix to join the ranks of excellence.

If you’ve already discovered a passion within you then you will know this to be true; and, if you’re still looking, take heart and give it more time. Michael Jordan is attributed as saying “If you can’t stop thinking about it, don’t stop working for it.” And he should know, though Jordan is known as a world-class basketball player, when he got his start he didn’t even make the varsity team in high school. He was already a good player, but with 50 other people vying for a spot on the court being good just isn’t good enough. Using the disappointment as motivation, for the whole next year he focused on what he did best and got so good that the next time around he made the cut and quickly rose to become their star player.

Jordan could have used the disappointment as an excuse to lock himself away in his bedroom to cry and never try again, but excellence isn’t about avoiding disappointments and it’s certainly not about always winning. Excellence is about finding what you do best and dedicating 10,000 hours of practice to hone it.

I like the definition of resilience as “creative persistence” because it requires more than just blind persistence. Persistence is great if we’re certain that we performing the right actions, but even a NASA rocket is off course 90% of the time—and that’s almost the entire time!
​
Rockets will never reach their destination if they stop and turn around when they get off course, and they certain won’t get to where they want to go if they instead blindly forge ahead. It’s only by acknowledging where the rocket is off course—and then making the appropriate changes—that the rocket is able to reach its destination. If it works for NASA then creative persistence can most certainly work for us too in pursuing excellence. 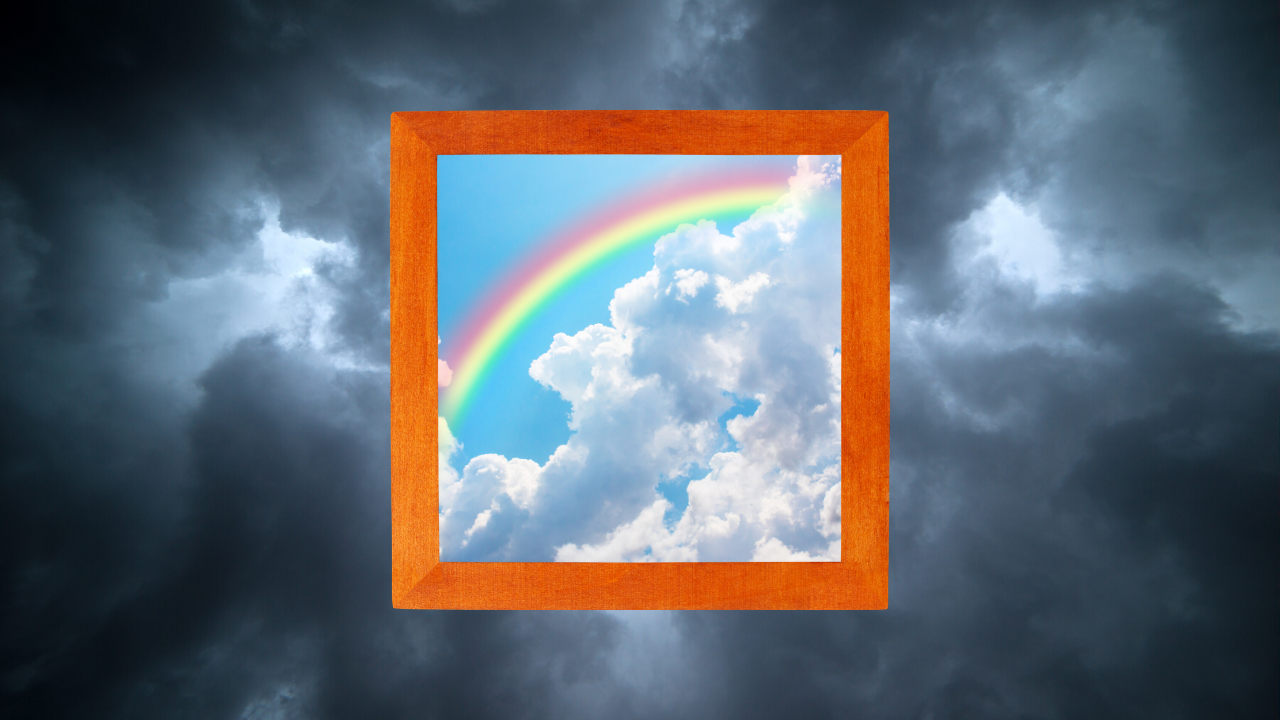 Doing what we do best and practicing resilience are both great tactics for pursuing excellence, but sometimes those tactics alone simply aren’t enough to dampen the sourness of comparison, apathy, and other frustrations. Experts suggest that an effective way to overcome such frustrations is to question our underlying narrative.

One of the most common denominators for holding people back from excellence is a fear of failure—an unwillingness to risk losing what they already have—whether it be financial security or social status or the like.

We look to the success of others as a yardstick to measure our own sense of worth, and we end up believing that we’ll become unhappy should we lose our place in line and not measure up to social competitors. But when we dare to take a step back we’ll notice that we’re often incorrect about what truly leads to happiness and unhappiness. In other words, what we seek to maintain is often not nearly as beneficial to an excellent life as what we would gain if only we had the courage to let go of preconceived notions and a constant striving for living up to standards that have nothing to do with our own personal life path.

To overcome this roadblock psychologists suggest reframing our narrative by questioning the validity of our presumptions, ideas of self-worth, and measures of success. Instead of comparing ourselves to others we should instead be concerned with the comparison to who we were yesterday, last  month, and last year, in proportion to our intentions and aspirations. In so doing we’ll diminish self-destructive tendencies while maintaining motivation to move forward rather than falling back into complacency.

In the end, excellence will never be achieved by striving to be someone else; rather, it will be achieved by honing what you do best, being resilient when you’ve gone off course, and framing the narrative you tell yourself in a way that honors who you uniquely are.

Reflection
Final Thoughts
When we allow comparison, apathy, and blind ambition to hold us back and play life small, we are self-electing to refrain from pursuing excellence. The only person responsible for our growth and development is the person in the mirror—that is the only person we can rely on to enact the excellence principles and practices necessary to be better today than we were yesterday.

Over the past ten years I’ve personally implemented these practices into my own life , and along the way have experienced both triumphs and hiccups. As a result, not only am I still entertaining people by making their faces and guts hurt, but I’m also now planting seeds of empowerment for the total life transformation of the people I serve. Entertainment is great as a singular event, but empowerment is lasting, even long after the event is over. I can say with authority that if you dedicate your own honest effort to the personal and professional growth process with an open mind and a sincere heart, then in time you are sure to achieve your own measure of excellence.

As a parting thought, consider this: There is something you are currently saying NO to, and this NO is a serving as a roadblock to your excellence. In a similar way, there is something that you’re currently saying YES to, and this YES is preventing you from doing what you really need to do to move to the next level. Now that you know this, what will you do with this information?