The Single Biggest Problem In Communication (and a proposed solution)

Pick A Card Any Card
It’s hard not to appreciate a good metaphor. There’s something disarming about it, the way it instructs without telling, allowing us the opportunity to discover our own connections to the lessons it holds, whatever they might be.

As a Facilitator of Fascination I often use verbal and visual metaphors in my Hashtag Positivity presentations, both as engagement and communication tools. One of my favorite demonstrations is when I hold up a playing card and invite a participant in the professional development workshop to think of a card. In fact, I invite you to think a card yourself right now. Yes you! Think of any playing card.

Do you have one in mind? If not, think of one quick!

Good. Now look at the photograph below. Is it possible that the very card you’re thinking of is there in my hand? If you’re like most people you’re probably saying “No! It’s not possible!” Or perhaps you’re suggesting that while it is technically possible, it’s still highly unlikely. 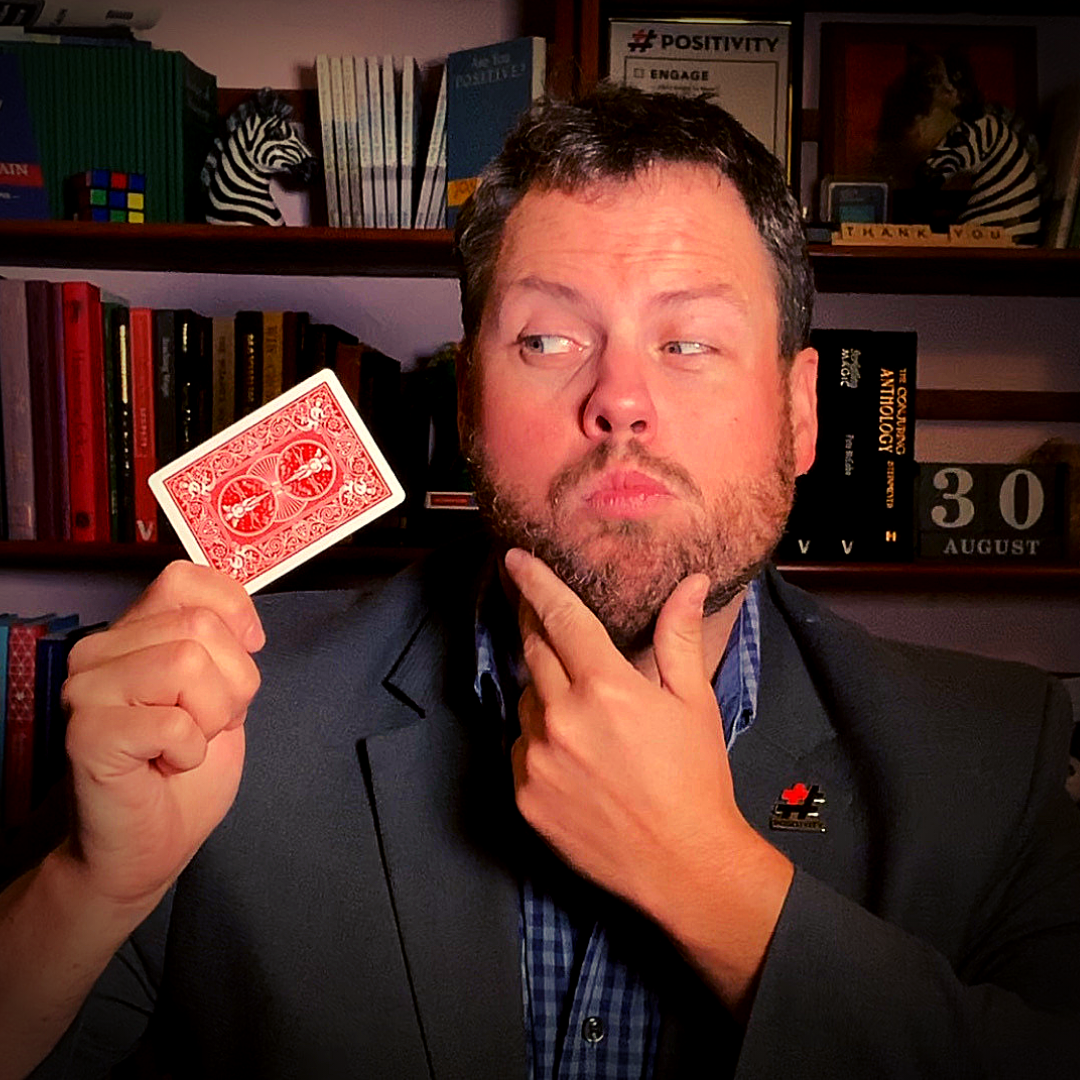 To find out if your card is there in my hand click here to see the other side of the playing card. I’ll wait here while you check.

​If you decided to verify to see if your card was there you might be tempted to say that I cheated, but if you go back and reread the instructions above you’ll notice that there was no lying or deception. The problem wasn’t with my words; the problem was with how the words were received—with how they were understood based on assumptions and prior experience. And herein lies the crux of the matter.

The Problem With Communication
George Bernard Shaw is credited as suggesting that:

“The single biggest problem in communication is the illusion that it has taken place.”

If you go back in your own memory I’m willing to bet my bottom dollar that some of the most negative experiences in your life occurred not due to any wrong-doing, but rather due to wrong-understanding. Or as Mr. Shaw would suggest, due to the illusion of communication.

We may hear the words that others speak, but how often do we hear the emotions behind those words? How often do we know the story behind them? How often do we take the time to understand their motivations, and fears, and hopes, and dreams? And what of our own words? Have we considered that others may not have the same understandings and values? If we don’t take the time to assess where our listeners are coming from, how can we ever hope to bridge expectations to outcomes?

Our lives are filled will judgements and assumptions, and challenging those assumptions can be a positive step forward in the right direction for facilitating positive experiences for ourselves and for those we lead.

The illusion of communication reveals that communicating is not enough. Everyone communicates, whether we’re intentional or not. The aim, then, is to figure out a formula for delivering an intentional message so that it is received, understood, valued, and acted upon. After all, unless it moves us in some way, what’s the point?

Attitudinal Change Theory
Attitudinal Change Theory suggests that our feelings lead to decisions, and our decisions in turn lead to behaviors. The technical terms used refer to:
Rhetoric Theory
Rhetoric theory has alluring parallels that may prove useful in gaining a deeper understanding of these “domains,” and we will do well to consider the three modes of persuasion it prescribes and how they relate to communication: Pathos, Logos, and Ethos.
With such an understanding we can deduce that before we ever hope to influence the behavior of others (which is often the only consideration of many communicators) we must first appeal to their sense of logic. But how do we do that?

Positive Influence
In my own work as a workshop facilitator and keynote speaker, I employ what I call the 3  E’s of Positive Influence: Engage, Empower, and Encourage.
I entered the field of personal and professional development with the desire to encourage others, and I like to think of myself as a cheerleader in this regard because I’m always rooting for everyone else. In fact, anytime I’m out bowling with friends I always hope that they win! Yet in the realm of education and training, encouragement cannot come first. It’s not enough to tell someone, “You can do it!” because they very well likely can’t do it yet! And so the prerequisite to encouragement, ethos, and psychomotor behavior is empowerment.

The problem with empowerment, however, is that it’s impossible to do without engagement. My first attempt at facilitating a workshop didn’t go so well, because I went into the course with the intent of empowering the students yet with no consideration for first engaging them. This approach made the students more of an passive “audience” rather than active “participants,” a distinction my teacher Jeff McBride often points out. And so the prerequisite to empowerment, logos, and cognition must certainly be engagement, pathos, and affection.

Proposed Solutions
Using these basic yet foundational principles, the proposed solution to the single biggest problem in communication is to first appeal to the affective domains of the people we encounter, whenever possible. Here, then, are three ideas for doing just that: 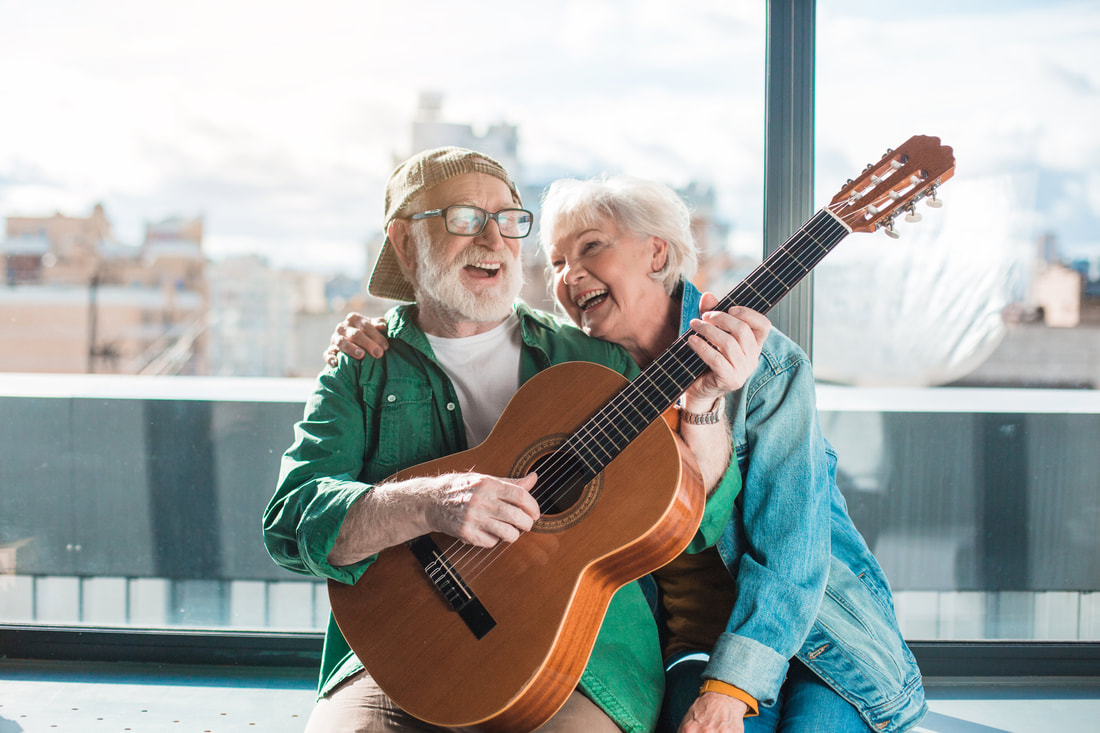 1) Be Likeable
You’ll notice that the noun version of affective becomes a word synonymous with “fondness” and “liking.” This is no accident, because being likeable and approachable will open far more doors of communication than rudeness and aloofness ever will. Keep in mind, though, that there’s a fine line between seeking likability to achieve a higher level of connection, and seeking likability to feed the so-called “approval addiction.” Yet, with the right intentions, likeability can be a powerful tool for engaging others where they are. Simply put, if people like you then they will listen to you, and if they don’t then they won’t. 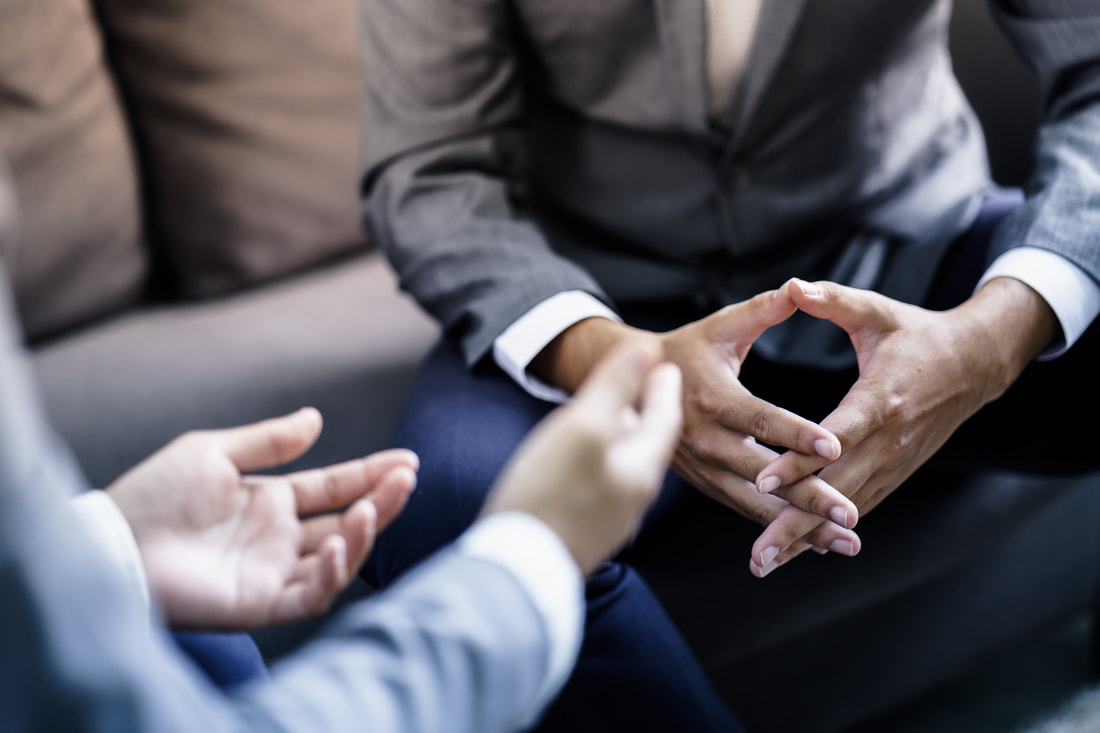 2) Share Stories
Consider how many times you’ve acted on your emotions despite a slew of information that should have convinced you otherwise. If we rely solely on logic to influence others we’ll be disappointed nearly every time. People don’t just want information, they need to be engaged. There’s a reason why approximately 3 out of 4 Americans go to the movies while only a third of the population has a college degree. No one likes to be told what to do and how to think, but most everyone appreciates a good story and what it can teach us about ourselves. Rattling off facts and figures can leave people tuned out, but to reach people—to really get through to them—requires an appeal to the pathos found in meaningful and relevant stories.

I can still remember freshman year of college 18 years ago at UMASS Dartmouth, plugging away at the core courses. I had zero interest in the history course we were required to take, but as the semester wore on I started to wonder if I wanted to change to a history major because that darned class had become my favorite part of the day! And why was that? It’s because the professor, Dr. Brian Williams, didn’t teach history. Oh, we learned plenty of history alright, but he didn’t teach it to us. Dr. Williams engaged us in stories about history, making the lessons come alive, and we were all riveted! Stories truly have the power to make people interested in things that they didn’t even know they were interested in, and is a valuable tool in the belt of any communicator. 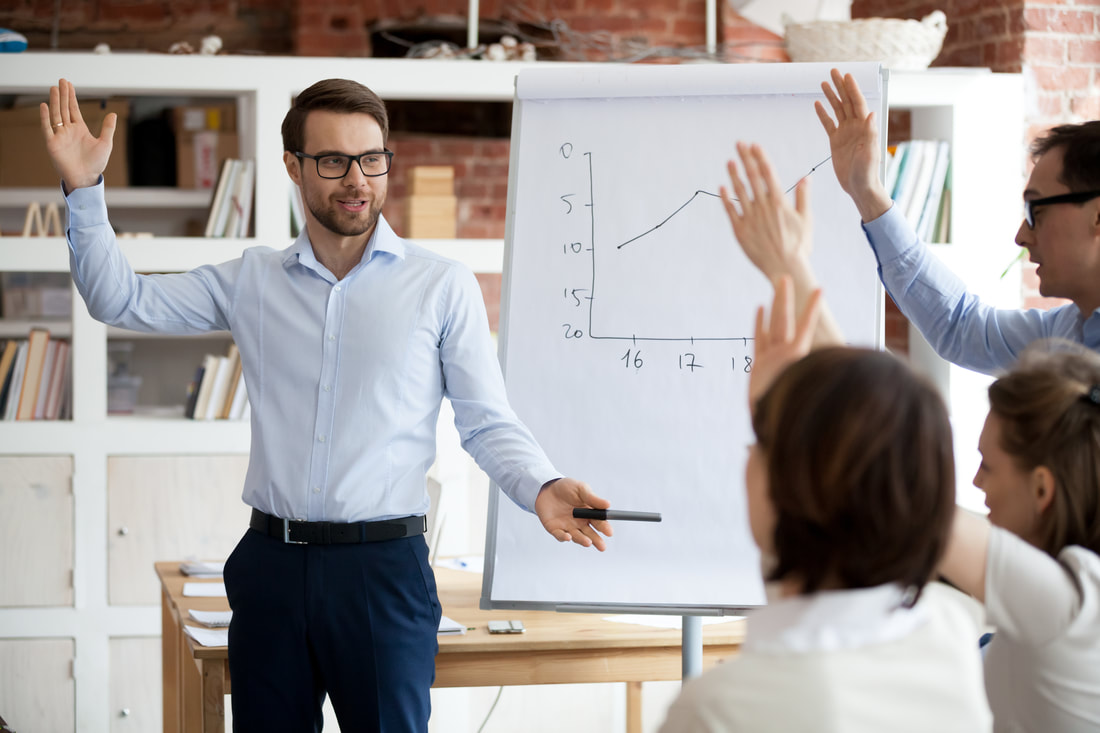 3) Experiential Communication
Dale Carnegie is credited as suggesting that “people support a world they helped create,” and the same can be said of learning. The experiential learning theory known as constructivism is an active approach that encourages co-creation in the learning process through personal experience, social interaction, and reflection. In this way participants gain a sense of ownership for the discovery of knowledge together rather than simply having information shoveled in. It’s like the difference between being talked to and being talked with. The difference appears subtle, but they’re both felt profoundly different.

When I was teenager I used to love watching one of my early magic mentors perform. Not only was his magic incredible, but his scripting was also well-thought-out and often insightful. But then one day, many years later, I had an opportunity to see him perform for a “real audience.” “Real audience” being defined as a lay audience, without prior knowledge of magic techniques and who may perhaps have no deep interest in the craft. He performed everything perfectly, just as I had remembered—move by move, word for word—but seeing him perform for that audience was like watching him perform for no one at all, as if no one else was there. It lacked any sort of connection with the people he was trying to communicate with, and, without the emotion hook of a sense of ownership in the experience, the others just couldn’t care less about what was happening. This anecdote highlights what might best be called the “delusion” of communication!

Instead of talking “to” others, the suggestion here is to approach communication as a conversation, making it experiential by inviting others to co-create the experience, bringing along with them their own thoughts, feelings, and motivations. Doing so will give them a sense of ownership and that ultimately “wins friends and influences people.”

Reflection
​Final Thoughts
The gap between expectations and outcomes in communication is often bigger than we'd like to believe, and by assessing every interaction as an opportunity to create emotional hooks we’ll be well prepared to open the door to fascinating communication rather than frustrated delusions. But let’s not assume that’s the case. Leave a comment below to share your experience and thoughts on communication, or send me an email at jonas@hashtagpositivity.com to discuss this in deeper detail. Together we’ll discover more than we could ever dream of apart!