Om is a sacred syllable in the Hindu, Buddhist and Jain religions. The meaning of the symbol is complex and differs somewhat in each religion but it can be viewed simply as a representation that helps us to realize the divinity and the energy that run through the entire universe.

Indian spirituality holds that God first created sound and the rest of the world sprang from its frequencies. Om is the most sacred of all sounds – the syllable from which the gods were created and the syllable that existed before the universe. The syllable “om” is also said to be the cosmic vibration that holds together the atoms of the world and of the heavens.

In Hinduism, each of the curves of the om carries its own symbolism. The largest lower curve –the bottom half of the 3—symbolizes the state of wakefulness, where consciousness is turned outwards through the senses. This largest curve represents wakefulness because the majority of the human consciousness occurs while we are awake and aware. The upper curve – the top part of the 3 – denotes the unconscious state of deepest sleep; that without desires or dreams. The middle curve – the hook on the right – symbolizes the dream state where consciousness is turned inward and the world is viewed through the eyes of the dreamer.

Indian mystic thought holds that all of reality springs from these three states of consciousness. Therefore, the three curves of the Om represent out entire physical phenomenon. 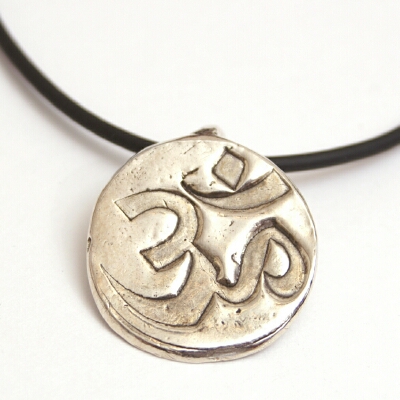