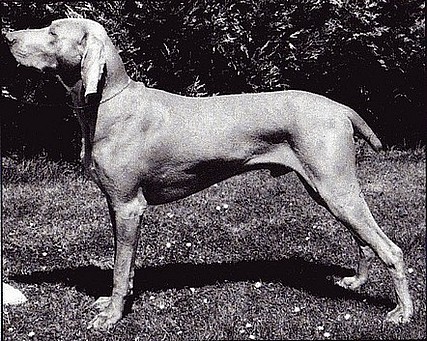 I have had the pleasure of sharing my life with many animals, some have been easier to live with than others but all have taught me so much.

Spike was a true King amongst us. He went through his life with never a bad thought in his head, he loved all he meet and all who meet him loved him too.

He was a free spirit, he never did what he was told, but he never did anything wrong either, that is if you turned a blind eye to his stealing and his love for adventure. He was a terrible food thief, he would steel and eat anything and everything. His poo would often be expelled wrapped in cling film! He stole the Sunday roast once, back in the days when we were meat eaters. Another time he pinched a 2 lb block of cheddar cheese from the work surface in the kitchen, on that occasion he nearly chocked himself to death trying to swallow it whole, he got caught in the act and could not bear to give up his prize and his best and only shot at eating the massive lump of pure fat was to swallow it in one go. He surrendered and admitted defeat and handed over the slimy square with his usual charm and grace. You could never be angry with him, well I certainly could not.

When Easter came he always had a well thought out plan for securing the consumption of my daughters chocolate eggs, what the plan was only Spike knew, but he definitely must of had one. My son always ate all his eggs as soon as he got them, so his were never on Spikes radar, why waste time cooking up a plan for something you were not ever going to have as bounty Spike thought. Spike did not believe in wasting energy either, why run when you can walk, why stand when you can sit and why sit when you can lay, that was his philosophy. Sophie would stash her eggs in her bedroom, in her wardrobe out of the reach of the dogs, so she thought, she knew Spike capabilities and would try her best to out fox him every year. But what chance did a 6 year old have against a professional thief... no chance. Spike would bide his time, sometimes it would take days sometimes it would take weeks but eventually he would get them... every single one of them, sometimes in one hit, sometimes it would require two.

There was not a cupboard, door (including sliding patio doors) nor window that he could not open. He never attempted the fridge door, thank goodness. I guess he though he would leave us with one place to store food. He could even open locked doors and windows if the keys were left in.

He not only had brains he was beautiful too. He won his Junior Warrant as a show dog and 2 CC's and qualified for Crufts for the rest of his life, he was also a working gun dog, again back in the unenlightened days when we ate meat.

One day a man from the Council came around to discuss with us the management of some of our trees that needed attention after they had been damaged in the bad storm we had in the 1980's. He was a typical man from the council, but a very nice man though, but full of you can'ts rather than you can's. Spike sensed the negativeness that we were encountering and decided he would take things into his own hands/paws. As the problems were regarding trees Spike decided to treat the man from the Council as all male dogs treat trees and he did a wee wee all over the mans trousers. As I said before he was a nice man, he completely saw the funny side of it, and could not wait to go home to relay the story to his wife, he thought she would never believe him. He gave us permission to do all that we wanted to do, if that was down to Spikes intervention I will never know, but I suspect it was, nobody could resist his charms.

The other 'thing' that Spike used to do was go walk abouts. Where we live is very rural so there was no real danger and he always came home after a short while, that was if he was not rounded up by a well meaning walker who thought he was lost and would take him home with them, and then ring us up to come and collect him, this was in the days before mobile phones. We then had to show enormous amounts of gratitude to these kind souls who thought they were doing a good deed, when in fact they were only spoiling Spikes little trip out and giving us a journey in the car to where ever they lived to pick him up. He ended up in all sorts of homes all over the place. He eventually learned to completely avoid humans whilst out and thus evaded being picked up again.

One time one of the local farmers wives phoned me up to tell me she had my dog (he always wore a collar with an ID disc), she said "I have shut him in the conservatory so there was no rush". I went around there forth with because I knew Houdini, aka Spike would not be held captive by a mere shut door in a conservatory. Mrs Farmers wife took me to the conservatory... there was no Spike, only the opened door. The look of amazement on her face was a sight. I told her he could open any door, she was gob smacked, I don't think she thought animals could ever be that clever. Luckily Spike had heard my car pull up at the farm and walked back to meet me, we then drove home together with smiles on both of our faces. No human could out smart Spike, he knew that and so did I.

I could write about this super dog for pages and pages, but enough is enough... for now at least.

Comment by MiraCulous on March 31, 2009 at 10:25am
awww Spike. he reminds me of my "Honey", she loved everyone and everyone loved her. She really was a Honey, soooo sweet <3

we would often joke and say if a thief came to the house, she would welcome him and show him the way to the jewels lol

our animals ARE our soul mates and sometimes we can have a stronger connection to them, then to people of our own species. The "ego" doesn't get involved, and let's face it, that leaves a lot more room for Love and Connection <3

have you heard of the successful book on "Dewey" the cat? people are very interested in animal stories.

thank you for sharing Spike's beautiful adventures, it sounds like you're on to something here ;-)

Comment by ♥ on March 31, 2009 at 4:24pm
Thanks for reading about Splke, he was so special to me and I think of him all the time. He played such a big part in my life. I have so many stories and happy memories that he is the center of. I Googled his name the other day and was surprised to find it spread all over the internet. He lives on in his off spring.

I am glad that you had a very special dog too.