2012 ~ A GLIMPSE INTO THE MAGNIFICENT YEAR AHEAD ! 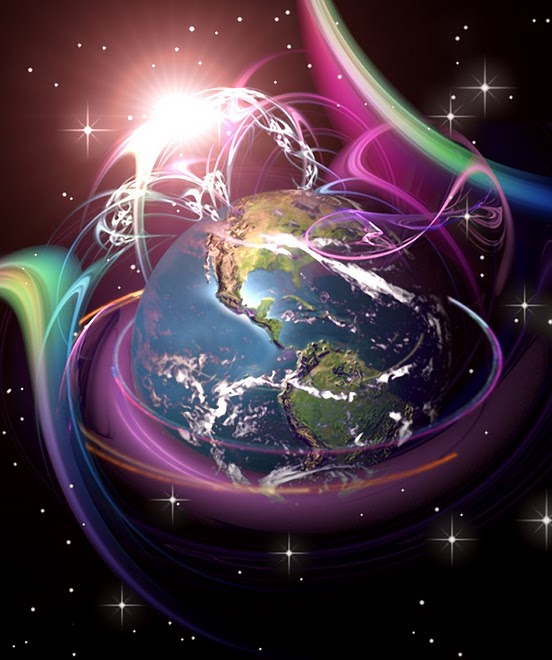 A MESSAGE FROM METATRON

We tell you again the Ascension will occur, and humanity has made it so. It is time to let go of old energy, of FEAR. The doom prophecy, the Global Cataclysmic disasters will NOT take place. We tell you their is a new sun dawning, and it is indeed the sun of change. It brings the light of the magnificent New Earth. And Dear Ones, we do mean Magnificent!

Masters, there have always been the naysayers on the planet, those who predict gloom and doom and warnings of fear. And these serve a purpose in duality, and certainly a quick glance around the globe would seem to justify their stance. But we tell you it is "OLD ENERGY". And it is not the role of Spirit to ever tell you to give up hope, or to let go of your free will. Our message is to tell you of your Divinity, and to tell you as a matter of fact, as a point of truth, that the planet and indeed humanity will Ascend...and are absolutely on track for that to happen.

2012 is an incredibly important year. It contains within its sequential linear flow, points of multidimensional intersection and time~gates. It us in fact the enhanced points of manifold time that have allowed the Ascension to occur. These points are the gateways many of you that are envoys from the future, Sirian~Pleiadean Navigators and Code~Carrier centered through to be here on the planet for the Ascension. 2012 is a final awakening clarion call for many of the code~carriers. And there is much to do in 2012. In many ways your work truly beings in 2012.

Now, many of you involved in the Planetary Ascension found yourselves in a phase of Earth time that you occasionally cannot fully fathom, cannot totally embrace. It is at times as if you are a visitor here, far from home, and your energies do not exactly fit into the earth of 2011 and beyond. In fact you have at times felt lost over the past decade.

Dear Ones, know that these feelings are valid, and are in a true sense, culture shock, as you awaken into the flowering multidimensionality that is unfolding before you as you enter into 2012. You see many of you, in your terms, are indeed from the future!

There are a vast number of souls who have chosen to come to the Earth at this time, from dimensions beyond the fifth from both the future of Earth, and from the future of higher dimensional worlds that will become better understood to you in linear time progression...especially in 2012.

You are indeed Envoys of Crystalline Light, Ambassadors of Love. You have moved back from the future, in your terms, in linear Earth time, to assist mankind in navigating through the tumultuous time that have unfolded in the last forty years, and the times that will be presented in the next twenty. You see many of you are only awakening from your future into past roles in 2011 and 2012. And that is by design. The time gates of 2012 are the trigger points.

You began accumulating in mass in what is termed the "BABY BOOMER" generation, the post WWII era; and your numbers have steadily increased into what is termed Generation X, Indigo and Crystalline children. You are the Envoys of Crystalline Light, the pioneers of the alternate Earth...the Ascension.

You have had many roles, many assignments, and many duties. You are the Wisdom~Keepers, the Earth~Keepers, the Shamangelics, the Fire Dancers, Dream Walkers, Warriors of Light, Shape~Shifters, Star Being, Elders, Strength Bearers & Healers of Time!

You see, you are the troubleshooters, the renegades, the paradigm busters! We use the analogy of the sea to clarify this concept of the Envoys of Light. Imagine the ascension as a sea going vessel, the Light Envoys are expert navigators that know exactly where the currents are perilous, where the tides are crashing into rocks...and the Envoys know how to avoid them, where to sail past, how to maintain ballast. They are the teachers, with expertise in many fields, and in your vast gathering, you bring a collective wisdom that is unparalleled on the earth at anytime in the planets history.

Perhaps the most important role for you Envoys in 2012 is to assist all by shining your light, and not succumbing to the Fear and throes of the "OLD ENERGY".

DO NOT BE DISCOURAGED, STAND FIRM IN YOUR EMPOWERMENT. FOR IN 2012, THE OLD ENERGY WILL "KICK" HARD TO DISCOURAGE THE CHANGE. AMPLIFY YOUR ENERGIES, AND ANCHOR THE LIGHT. ALIGN THE CRYSTALLINE!

What happens in 2012 is a new beginning. That new beginning is the New Template of the New Earth. The Ascension of the Earth will allow for the dimensional revision and expansion of the planet. The Earth is transferring to a Crystalline Field, expanded from the 4th to the 12th dimensions.

The Crystalline matrix is generated from the below primary events and occurrences:

The coding of the Crysto~Sun Disc and the Crystal Vortex on the 11.11.11 Max the 13th paradigm, the original extra terrestrial Crystal Library is called to Arkansas to code the frequencies for the Crystal Transition. This occurs on the 11.11.11 and the 12.12.12. Max is the source of the codes.

We tell you that 2012 is a heralded time. It is the linear completion of the Planetary Ascension. The Planetary Ascension provides the new Earth within an expanded Template and fully functional 144 Crystalline Grid. These are the energies that will allow for the mass harmonic conversion of humanity to reach Ascension. But we tell you the changes will gradula within mankind in terms of linear time movement.

I AM Metatron, and I share with you these Truths. You are Beloved.

This channel is copyrighted to earthkeeper.com