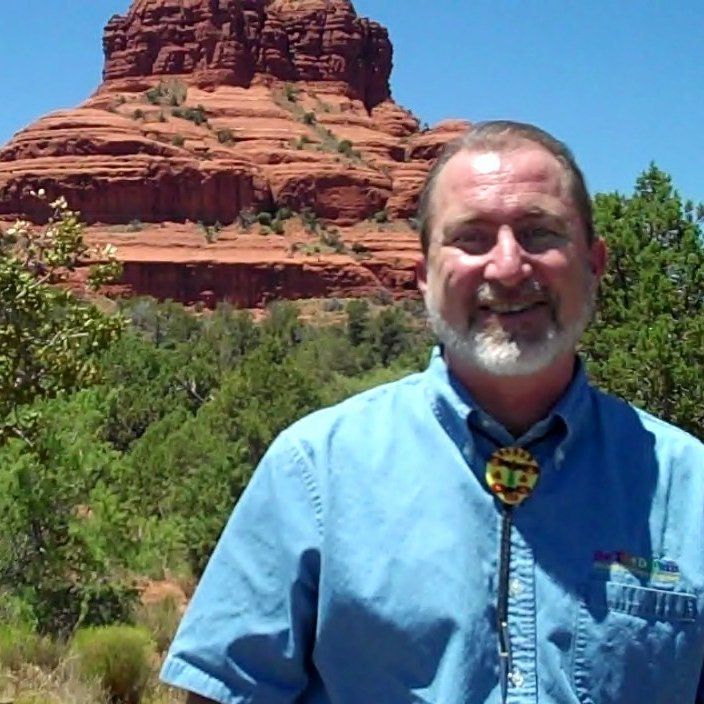 Orphaned at birth I learned early that I was adopted and although I had a wonderful upbringing with truly loving parents, I still had a quest for knowing myself deeper that led to metaphysical, psychological, religious, and spiritual explorations. I was unaware of the level of intelligence I truly had as I thought my curious nature was normal. I excelled in academia and sports, even became Master Councilor of our local DeMolay chapter but it all seemed trivial in the nature of living.

I had multiple OBEs before I was ten and even a period where later discovery indicated I was engaged in a 'contactee' process according to descriptions of others and details in various books. So needless to say, I have a little different perspective on life. I also had an NDE as a teenager that set the tone for my adult life. I was living in the honors dorm at Ball State University in Muncie, Indiana at the time, having tested out of nearly the entire general requirements for freshmen. I found I wasn't truly ready for academia of a college nature and continued on my quest to know self.

I served as Web Director, Conference Chair and President-Elect for the Phoenix (VOS) Chapter of the American Society for Training and Development; Co-Chair for the Phoenix Indian School Preservation Coalition; Coordinator for the Phoenix Institute of Noetic Sciences community; member of American Counseling Association, International Association of Facilitators and World Futures Society.

I received an MA in Organizational Management, MBA in project management, Secondary Teaching Certification and BS in Business Administration from the University of Phoenix. My student number is 671 and I lay claim to the current marketing slogan, “I am a Phoenix.” I serve as a transformational life coach, business coach and partnering consultant.

I was a production control coordinator in the aerospace industry for five years, responsible for $7 million in monthly shipments; a high school teacher for five years, in charge of an entire curriculum at two charter schools; and special event manager for ten years with ranges of 5,000 to 250,000 patrons per event.

What we can know to help us remain free of misinformation.

To the uninitiated or inexperienced this is going to sound like some lunatic fringe character conjuring up a sci-fi story to wow his own ego. And they would be right, but only because that is their belief system. I've had a lot of questions since I was a child, set up from birth it seems. I've questioned my reality on too many occasions without any kind of mind altering substance to produce perceptions of the weirdness. Well, after a few decades of experience I have to say there is some validity it in all and it is what it is, regardless of any interpretation.

It doesn't seem to matter whether it is an internal or external experience anymore. I can only express what I've witnessed in answer to my deepest questions. That being said, I'd like to just share briefly what could hold some dynamic answers if explored with an open mind and heart. I seem to fit Einstein's admonition to address things from a totally different POV to seek solutions. I've held the knowing, as far back as I can recall, that answers are available by examination from the perspection (perception/introspection) of ONE, before separation. How would it look across our known discoveries?

After some investigation, there seemed to be a presentation of the Trinity in some form across the board. I felt there was something missing that could irrefutably connect everything AND that it was just begging to reveal itself if only I could ask the right questions. My childhood enigmas began to unravel what seemed to create a tapestry nearly unimaginable it has been so vivid.

I suppose one could say I have been living what, for example, The Celestine Prophecy, The Secret and What the Bleep Do We Know? are suggesting is possible. Heck, even one of the greatest thinkers I've run across, Dudley Lynch, labeled me a 'possibilities coagulator' so I might as well act as if. Now that you've followed the story so far and it might have made some sense, I'm going to just leap off a cliff here and the fact that it is two-dimensional means you don't have to learn how to fly. So let's go.

A couple of decades ago I was preparing to experience a hypnotherapy session when my spirit guide, Zephyr, shows up on my inner screen and invites me to follow him. I had become accustomed by disciplined effort to being able to describe inner journeys verbally as the experience was happening, so I was able to let the facilitator know the planned program was being pre-empted. Zephyr engaged me in a conversation but would not answer my question of where we were going.

I continued relaying the conversation for some time as we seemed to be traveling through the stars at a pretty good clip. His appearance had been only occasional in my life, but there had been several. Every time was and intellectual and spiritual stretch to understand my soul and the bridging of worlds, inside and out. It got real interesting to say the least.

According to the facilitator, about 8 minutes in, we arrived at our destination. It was what appeared to be a three-sun solar system, complete with grass-green planets orbiting - about a dozen as I recall. The suns were all the same size, as well as the planets, but the suns dwarfed the planets similar to our sun and Earth. I barely had time to take in the scene before a voice, so harmonic and resonant I could only relate to it as the Creator's, spoke these words: "We are not only your forefathers, we are also the forefathers of your solar system."

Before I could even finish thinking my first question, Zephyr informs me that is all I'm getting and that I'll figure it out. The only thing that makes sense is that the proton, neutron and electron must be the micro-version of this intelligence, manifest in form. If we're part of the same mix, then we've screwed up royally. Not only have we allowed money and power to trump ecosystem and environmental considerations, we've also allowed it to take precedence over human life.

I think the message is starting to get through. The message is calling us into 'being.' It is not surprising that we're scared rabbits running the show posing as humans that have forgotten about the 'being' part of the formula and now we have to clean up our own mess, our relatives living in poverty. It is absolutely stupid to let it continue. We cannot deny the outer presentation of our inner denial... the 'being' is missing.

I also find it interesting that all NDE (near death experiences) describe an 'unconditional love' that is emotionless in their temporary religion fulfilled... reunion with God. Every one returns with a new sense of 'something more' that defies articulation, although some great books have been crafted around the subjects. The profound effect of good will toward men that shines through these experiences should give us yet another indicator of something far more intelligently designed that we can imagineer yet.

Heck, science has figured out that the carbon atom was no accident. Is it surprising that (having 6 protons, 6 neutrons and 6 electrons) 666, understood with knowledge and wisdom, is the basis for all organic life - man at the top. Gosh, that might mean that we are all related. Seems to me that the Indigenous folks speak of 'all my relation' meaning all life forms. Some things are just ordained to come out. But seriously, what good is any information when it is our actions that are more important now? Do we really need more catastrophic changes to get our attention about our own thoughtmosphere being the worst pollutant?

Maybe we should start from a good hard look at 'what is so' before the permeating intelligence (God) decides it's more of a matter of 'so what' and we create a natural cleansing of the garbage we've allowed to persist among humankind. I think mom and dad are more than a little pissed and we better straighten our act up before we get swatted with the paddle, in my humble opinion. All the good efforts of 'greening' our consciousness won't affect a thing if we don't start respecting ALL LIFE.

If I'm not mistaken, that message is also laced throughout thousands of texts. Having that knowledge makes us responsible for the truth, not seekers of it. The Truth of what we are [human race] is pretty disappointing from any kind of God perspective. The beautiful thing is we do have a choice. It starts by being here now in the present with what is.

Thank you for taking this brief journey with me. I haven't condensed my thoughts to that degree. It was intended to cause consideration for seeking harmony in the order of things as our unified Truth for humanity. Some of the best minds are working on how it works, but there seems to be few who actually stand up to be it. Like Gandhi said, 'Be the change you wish to see in the world.' It isn't just an affirmation.

I'm just some solitary human being, though. What do I know? Do you? 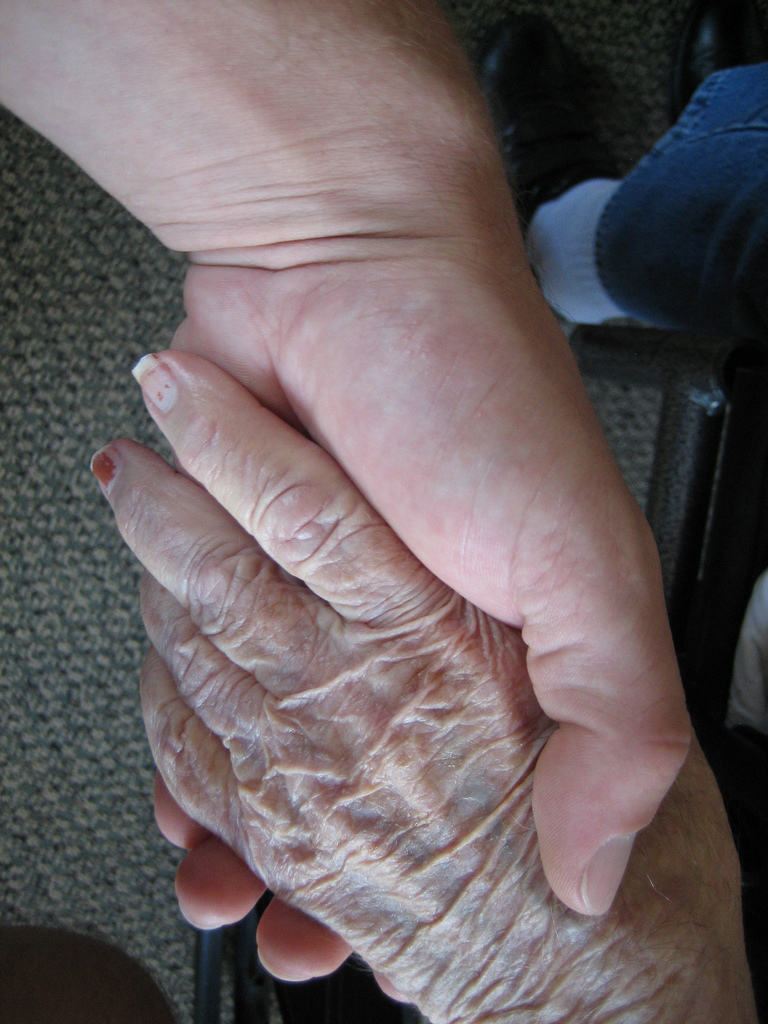 I am grateful for this wonderful opportunity! Thank-you for the invite! 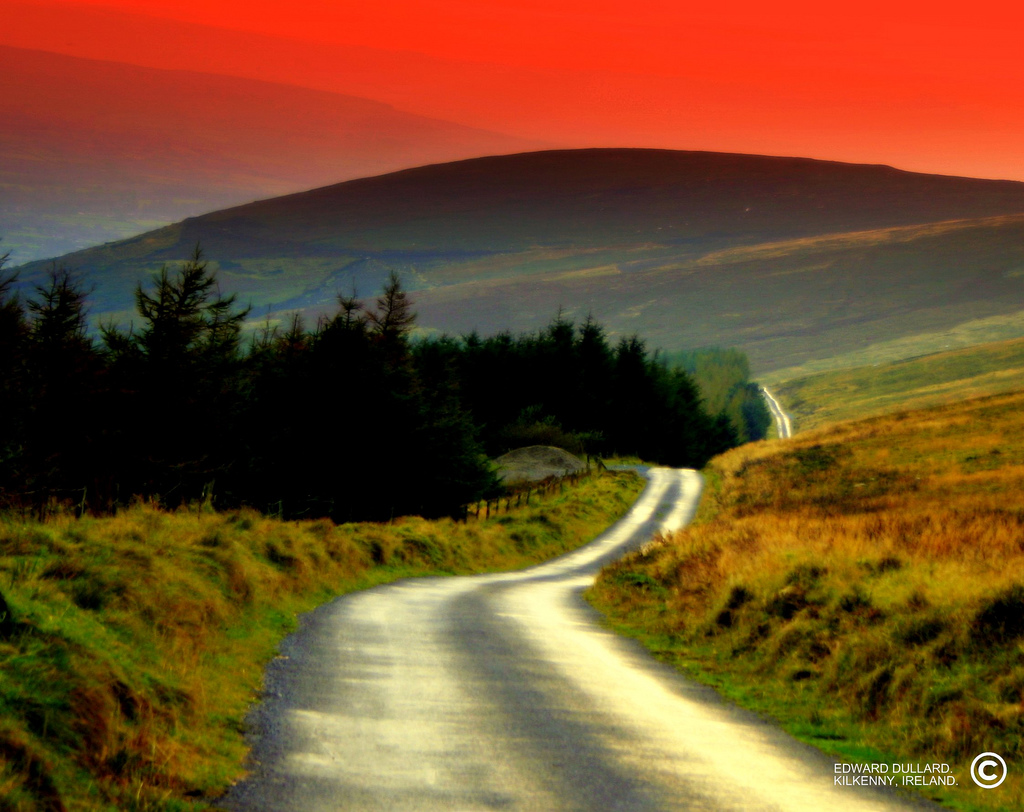