You need to be a member of MyPeace Children to add comments!

Comment by jimmsfairytales0com on June 16, 2009 at 1:24am
I KNOW that there's a danger in creating copies of things and piling them up all over this site, but I have created a sort of Central Library for books and stories about Peace, Non-Violence, Resolution of Conflict, Acceptance of "The Other", etc. And I would like all of you who have recommended books on these subjects for children HERE to file them THERE, as well.

You are also given a chance to publicise your OWN writing elsewhere on Internet, or add a totally original piece directly to the Library.

Please bear in mind the nature of the books and stories I'm asking for. I will be acting as a librarian, and I have already asked one contributor to remove 2 additions [animal stories] (although interesting) from the library because they were off-topic. I am hoping that she will add them elsewhere.

Someone has also criticised the complication of my shelving system and rules for adding material. but I have chosen to do this for the convenience and ease of READERS. A story only needs to be added one time. But we HOPE that it will be looked for and read many times. So I want it to be easily found. So - for example - if you're looking for a book about Peace for 8-year-olds, you don't have to wade through pages and pages of essays on Conflict Resolution aimed at adults in order to find it.

Comment by jimmsfairytales0com on June 5, 2009 at 2:52am
Quite a few of the groups on this site overlap. I started a discussion "Recommended Books For Children" in the group Conscious Media.
I know that several of the members of that group are also members of this group, because if you're interested in children you're going to be interested in the media that those children are exposed to. But it might not be amiss to reprint an edited version of that discussion starter here.
I start by criticising the Harry Potter series and The Lord Of The Rings (for my reasons, use that link above), then go on to recommend the following books:

1) Lewis Carroll's Alice books; Alice' Adventures In Wonderland and Through The Looking Glass - brave, questioning girl-hero; both books poke fun at cant, bigotry, warfare-as-solution.
2) The Bear And His Brothers by Hans Baumann (Oxford University Press, 1962). This original version is to be MUCH preferred to his 1991 re-working Mischa And His Brothers! If you can't find it, let me know: I've done my own translation from the German.
3) Momo by Michael Ende. (If you've read The Neverending Story and become bored, please give Momo a try: it's far superior!)
4) Fungus The Bogeyman by Raymond Briggs. Fungus is slimy, disgusting, and just downright nasty. But he loves his wife and children... and we come to love him, somehow. A great, very funny book, that helps to break down prejudices against those who have a different way of living from us.
5) Most of the stories in the Jack Zipes compilation Don't Bet on the Prince: Contemporary Feminist Fairy Tales in North America and Europe
6) All false modesty aside, my own stories: Jimm's Fairy Tales. I take traditional stories, such as Hansel And Gretel and tell them from another point of view (in the cited case, the Witch is the hero who rescues the children from starvation in the woods, but is misunderstood and used as a scare-tactic by parents to make children behave. ["If you don't behave, the wicked witch will come out of the woods and EAT you!" Any comparison to the all-evil Muslim World is purely...])

A wonderfully imaginative and spiritual journey to the Land of Sparkle, April 19, 2009
By
Helena Harper
The idea behind this story - that everything is dependent on everything else - needs to be written about more, in my opinion, and author L.B.B. Ward has tackled this with imagination and sensitivity. Professor Angelicus, himself, symbolises the interconnectedness of all things by being a mixture of person and plant - his leaf-like ears and flower-like antenna serving as an early warning system when something isn't right. He teaches Zak and Ivy, the two children he meets when he lands on Earth (the Big Blue Ball), that sharing what one has with others is the way to live a happy and balanced life. Everything is a Shareling (a lovely word!) - people, plants, animals, water, air, the planet itself. Professor Angelicus says of his planet, Quantia (or the Land of Sparkle),

"We share our food and water, our feelings and love. We share everything. We share the space on our planet equally. We're all friends on Quantia and we all speak the same language. The animals talk, the trees, the flowers...even the rivers sing...In harmony, of course. You become a Shareling by doing what you can do best."

On their journey to find pure water to fuel the Professor's bubble spaceship back home, the children and Angelicus are helped by all kind of animal sharelings e.g. Monique, the French butterfly; Seetasha, the whale, and President of the Underwater Confederation; and Prime Minister Popadopadon, a huge three-eyed, dinosaur-like creature, who is 70 million years old and is cousin to the Loch Ness Monster. Besides having three differently coloured eyes to see the past, present and future, he also has a body coloured every shade of green and blue and has a white belly with red and orange polka dots - how, I would have loved to have seen a picture of him, when I read that! When the travellers' fears overwhelm them, the evil Borrell appears - a monster that can take any form - and Zak and Ivy learn that the only way to defeat him is to think positive thoughts. Eventually, they find the pure water they've been seeking and they all travel to Quantia to see the Rainbow Festival, using one of the starpaths that criss-cross the universe.

The description of the Rainbow Festival and the Grand Council at Great Spirit Mountain is probably my favourite part of the book, as the author describes beautifully and imaginatively a world of wonderful joy, sharing and harmony, where all things are possible, but there are marvellous words of wisdom peppered throughout the book, such as when the Professor is talking to Popadopadon in the Palace of Memories: "Things have gotten out of alignment here. Hate makes more hate. Only love can make love. If the Guardian Residents balanced their body, mind and spirit, the Big Blue Ball would be better balanced."

And when seeing all the rubbish dumped in the ocean, Angelicus says about humans, "Why do they do that?...What do they think the water can do with their garbage?"

There are some quite challenging spiritual themes to the book and what readers gain from it will depend on their age, but the book deserves to be read by young and old alike, as it will open their eyes to a different way of looking at and living on this wonderful living, breathing Big Blue Ball of ours before, hopefully, it's too late. 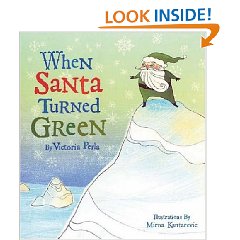 A creative holiday story that introduces kids to environmental awareness with ways that they can make a big difference.

It's November up in the North Pole. Everything's going along smoothly at Santa's workshop until he discovers a leak in his roof. Santa soon learns that this little leak is connected to a far bigger problem. The North Pole is melting because of something called global warming! Faced with the reality of what this could mean for Christmas, not to mention the planet and the future, Santa is determined to turn things around. To do so, he calls upon the people he knows better than any other-the children. Much to Santa's joy, they respond in a way that makes all the difference . . . in the world. 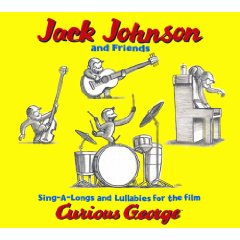 Comment by jimmsfairytales0com on May 20, 2009 at 4:18pm
Dear Children (and those who find them important),

There can be no real Peace until all exploitation has been ended. and that will never happen under authoritarianism.

I invite you all (especially those of you who have children) to read my anti-authoritarian, feminist re-workings of traditional fairy tales, Jimm's Fairy Tales. In them, I try to present the same stories from a different point of view. It is my belief that if every child grew up learning that there are at least two sides to every story, and that "The Other" has a point of view that ought to be taken into account, there would be much less conflict in this World.

34 views, 0 comments
Immerse yourself in the magical world of yoga and kids! Be prepared to practice and learn yoga like a child, while laughing, dancing, playing, and singing! Alternating experiential Kids Yoga classes with practical theory and discussion makes the Rainbow Kids Yoga Teacher Training a well-rounded and in-depth training course.

During the course, we learn over 350 yoga poses for kids, creative yoga games, breathing and meditation games, relaxation with guided imagery, and Mandala painting. Lecture topics include age-appropriate class sequencing, class management, child development, the business of yoga teaching, marketing, and more! Most importantly, you will be equipped with tons of fabulous ideas to create exciting and fascinating yoga experiences for kids of all ages.

Credit available through the Yoga Alliance for RYTs.

You do not have to already be a yoga teacher to do the training. The only requirements are a love of yoga and a love of working with children.

Check out www.rainbowkidsyoga.net for more info and to register!

· Principles of teaching yoga for children

· Child development and anatomy as it relates to yoga for kids

· Yoga for kids with special needs

· Over 350 Kids Yoga poses, with accompanying songs, sound effects, movements, and interesting facts about the human body and different animals

· Creating focus and attentiveness in the classroom and handling challenging behavior. Finding a balance between the need for rules and boundaries and the need for freedom and creativity. How to speak with and listen to kids.

· How to use your own special talents and ideas to create amazing classes, and how to connect with your inner child

· Enlightened business, how to build Kids Yoga groups and keep them, and how to succeed as a teacher in different settings (studios, public and private schools and kindergartens, community centers, etc.)

Comment by Orly Zirinsky on May 7, 2009 at 8:55am
Tiger-Tiger, Is It True? is a story about a little tiger who thinks that his whole world is falling apart: his parents don’t love him, his friends have abandoned him, and life is unfair. But a wise turtle asks him four questions, and everything changes. He realizes that all his problems are not caused by things, but by his thoughts about things; and that when he questions his thoughts, life becomes wonderful again. This is a heartwarming story with a powerful message that can transform the lives of even very young children. Byron Katie’s wisdom-filled words and Hans Wilhelm’s vivid, magical illustrations combine to make a book that will become one of the classics of children’s literature.

Byron Katie’s simple yet powerful method of inquiry into the cause of all suffering is called The Work. Since 1986, she has introduced The Work to millions of people throughout the world. Her best - selling books have been translated into 29 languages. This is her first children’s book.

With over 35 million books in print, Hans Wilhelm is one of America's foremost authors/illustrators of children's books. Many of his 200 books have been translated into 20 languages and have become successful animated television series that are enjoyed by children all over the world. His books have won numerous international awards and prizes.