"We must recognize our common humanity -- that we are all one, that our destinies are bound up in one another's, that I need you for me to be me and that we complement each other as essential parts of a greater whole," said Tutu, a Nobel Peace laureate and retired Anglican archbishop of Cape Town, South Africa.

Tutu, 77, called humanity's oneness "a fundamental law of our being" and he encouraged people worldwide to shift their behaviors to reflect this understanding.

If people did, "Life would truly be 'on Earth as it is in heaven,'" he said.

Tutu signed the petition during a meeting at his Cape Town office with the petition's organizing group, Humanity's Team, the group said.

Humanity's Team, a global movement "awakening the world to oneness," plans to give Tutu its 2009 Spiritual Leadership Award April 18 at its global Oneness Summit in Pretoria, South Africa.

Tutu, who rose to worldwide fame during the 1980s as an opponent of apartheid and brought reconciliation to South Africa's people a decade later, "has dedicated his life to solving some of the world's most insurmountable challenges with vision, understanding and building of bridges," said Humanity's Team Worldwide Coordinating Director Steve Farrell of Boulder, Colo. 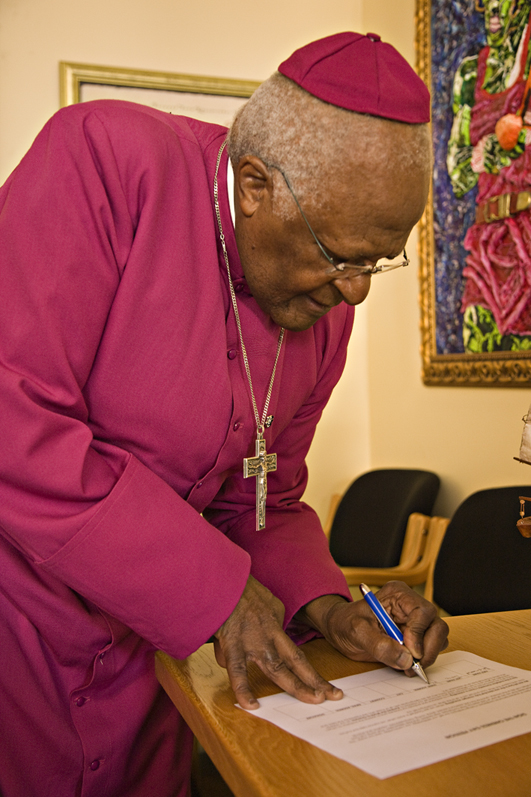 Please click here if you would like to join Archbishop Tutu in signing the Humanity's Team petition,