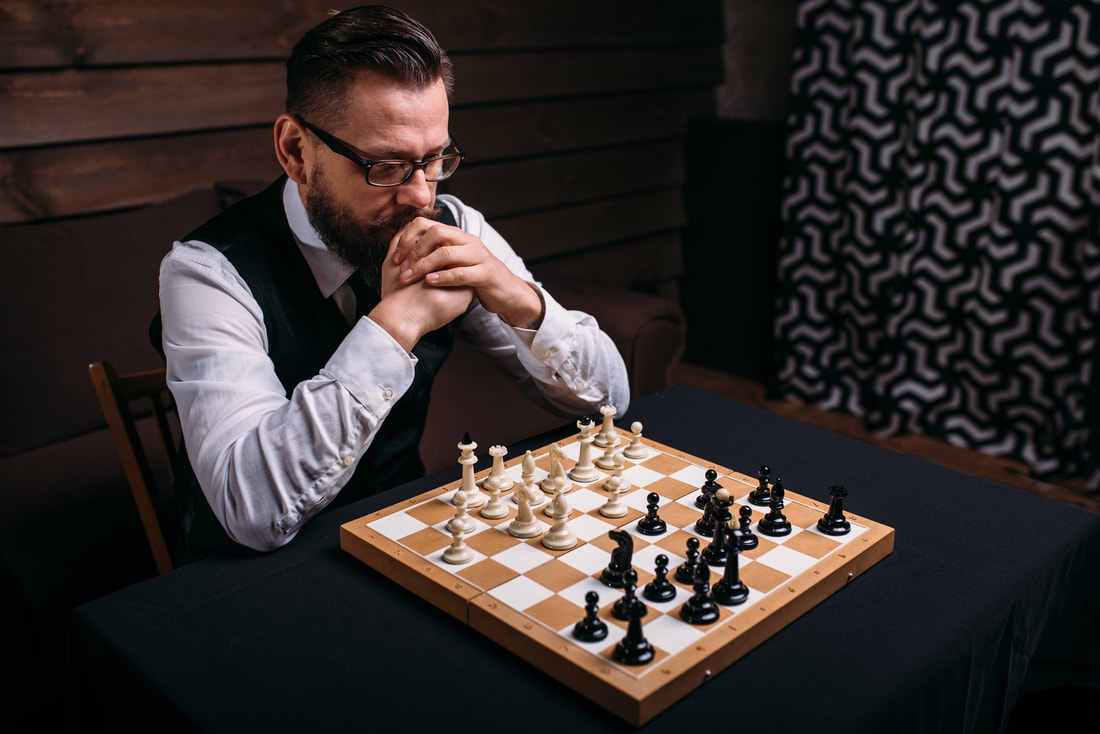 If you’re considering making a move, there are 3 important questions to ask yourself.
If Not You, Then Someone One Else!
In a recent episode of Magic Words: Principles for Conjuring Personal & Professional Growth I shared a story attributed to Christopher Columbus. As the story goes, when Columbus sailed across the Atlantic to the “New World” there were those who criticized him, saying that anyone could have made the same voyage. To this, Columbus simply replied: “Yes, but I am the one who actually did!”

This story may or may not be true (as with many of the stories we’ve been told about Columbus) but its sentiment points to a common truth: whenever someone does something significant there will always be someone to rain on the parade.

During my formative years as a magician the urban shaman David Blaine became a household name with his 1997 television special David Blaine: Street Magic. The special did something unique by emphasizing the exaggerated audience reactions rather than focusing in the magic that Blaine performed. Before the show was even over I could already hear magicians the world over chastise the 24-year old magician, accusing him of having no stage presence and only using standard magic props. The overwhelming consensus was that any other magician could have been the star of the show.

We could debate the validity of their arguments, or acknowledge how the ego is always willing to work overtime, but this would ignore the fact that if something is possible then there will always be empowered people to bring it to life. Yes, many magicians could have made audiences scream, laugh, yell, and jump up and down on camera the way Blaine did, but in 1997 it happened to be David Blaine who actually did it.

Multiple Discoveries
In science there’s an idea known as multiple discovery, or simultaneous invention. This is when multiple people discover or create the same or very similar things simultaneously and independently. Popular examples include:
An incredible modern example of this is found in literature. The author Elizabeth Gilbert, in her book Big Magic, tells the story of a book she started to write but never finished. Evelyn of the Amazon, as it was tentatively titled, was to tell a harrowing tale:

“It’s about a spinster from Minnesota who’s been quietly in love with her married boss for many years. He gets involved in a harebrained business scheme down in the Amazon jungle. A bunch of money and a person go missing. At which point her quiet life is completely turned into chaos. Also, it’s a love story”
— Elizabeth Gilbert, from Big Magic, page 53

Despite doing extensive research for the book, Gilbert never finished writing it. Not long afterwards she learned that one of her colleagues, Ann Patchett, had published her own new book, State of Wonder. Can you guess what this latest book was about? The book’s summary was identical to Evelyn of the Amazon! Despite knowing nothing about Gilbert’s book, Patchett had independently “discovered” the story herself! Instead of being angry or jealous about losing her book to another author, Gilbert gracefully recognized the oft-quoted maxim:
“Ya snooze, ya lose!”
From magicians lamenting over losing the chance to have their own television special, to an author’s story finding another writer, the lesson is clear: if something is possible then there will always be empowered people to bring it to life. So if you have an idea, a dream, or a goal, and if you don’t act on it, then surely someone else will!
​​Remember, the ego is always willing to work overtime, and if left unchecked our default reactions will lean towards jealousy, resentment, anger, or the like. It may even lead to an illusion of superiority, which essentially echoes the words of a famous song:
"Anything you can do, I can do better!
I can do anything better than you!"
Why This Matters
Recognizing and accepting that we won’t always be the first to do something—and that we won’t always be the best at something—is imperative for maintaining mental and emotional well-being. What’s more, sometimes what we think we want isn’t really in our best interest. There are only so many hours in the day and so to be most effective in our lives part of our work is to focus on the activities that are best suited to our skills, interests, responsibilities, and motivation.

3 Questions To Ask Yourself
When faced with a myriad of amazing possibilities, we have the choice to ignore them or to explore them, and if today you feel called start something new then I encourage you to ask yourself these 3 important questions:
Can I Do It?
This is a confidence question. What it really means is:
“Do I currently have the skills and talents?
necessary to do what it is I wish to do?”
This first question is a trick question, though, because if you’ve ever had the opportunity to see me speak at a conference or facilitate a workshop at a professional development event, then you know that I encourage my clients not to ask “Can I” because the question contains inherent doubt, with the power to hold you back even before you get started. Words have power, and so the better question is “How Can I?” This question is a build-up question because it presumes that there is a way and your task is to simply find what that way is.

If your answer to this question is “I can't” or “I don’t know” then that doesn’t mean it’s the end of the story. It may mean you just have to find the answer or acquire the necessary skills.

Should I Do It?
This is a clarity question. What it really means is:
"Is this an ethical and a valuable use of my time?"
Just because you are empowered to do something that doesn't mean that you should do it. Perhaps it would be unethical. Perhaps you just don't have the interest of passion for it. Or perhaps there are other things that demand your attention and so it's best to leave whatever it is you were considering to those who are more qualified with skill, interest, and time.

Will I Do It?
This is a courage question. What this really means is:
“Do I want it bad enough, even it means
overcoming my fears?”
When your desire for something more is stronger than your desire to maintain the status quo, you will become motivated to jump into action. Put another way, you are far more likely to step into your calling when the cost of not taking action outweighs any potential cost of taking action.

Final Thoughts
Whether you’re a magician or an author, a CEO or a general manager, an entrepreneur or anything else, it’s important to remember that if something is possible then there will always be empowered people to bring it to life.  You may not be the first, you may not be the best, and it may not even be the best use of your skills, interests, and time, but you’ll never know until you stop ignoring it and start exploring it.

What’s your latest idea? What amazing gift to the world are you sitting on? If you don’t act on it today, then surely someone else will. Whatever it is that you are inspired to explore today, I encourage you to not ignore it. Instead, ask these 3 important questions to put your ideas, dreams, and goals to the test: